This article was featured in the following publications: 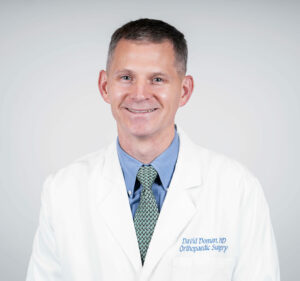 He was awarded a Health Professions Scholarship from the Army and graduated from Dartmouth Medical School in 2006. He completed his fellowship training in hip and knee replacement at Indiana University.

“We are excited to announce the addition of Dr. David Doman to the Burke Orthopedics team. Through our clinical operations, he will play a vital role in providing specialty care to the rural communities around the CSRA. Doman’s moral compass aligns seamlessly with Burke’s core values of providing professional healthcare through respectful, family-like care to all patients,” stated Burke Health CEO Mike Hester.