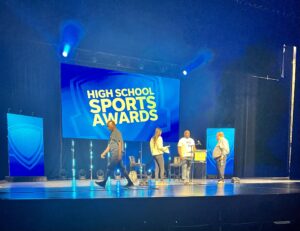 How We Got Involved

A few months ago a couple of the partners of Burke Health contacted the CEO & Marketing Director at Burke Health to tell us about an event their practice (Augusta-Aiken Orthopedic Specialists) was sponsoring in Evans. As soon as we heard the details we were immediately interested in being a part of such a wonderful event that honored athletes across the CSRA for their hard work and skills throughout their sports seasons.

Leading Up To The Event 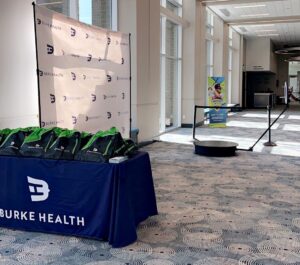 We had the privilege of working with some of the nicest people in the USA Today network and their sister companies, LocalIQ & The Augusta Chronicle, in preparation of the event which was held on May 17th at the Columbia County Performing Arts Center.

To prepare for the event on our end and ensure each athlete and their family had an awesome experience during the show, we combined spaces with Augusta-Aiken Ortho and worked with Allegra Printing and Image 360 in Augusta to obtain giveaway items and create our branded lobby activation area. 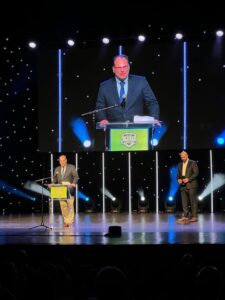 Swag bags are great, but we wanted attendees to have a chance to document their night and share the fun on their social media platforms of choice, so we enlisted Augusta’s own JW Impressions to set up a 360 photo booth just for that! It was so much fun & seeing the kids smiling and dancing with their parents and friends was one of the best parts of the evening.

The lobby activation lasted about an hour before the awards show began, and in addition to our combined area with Augusta-Aiken Ortho, The Augusta Chronicle had a swag table & a Red Carpet Photo area with professional photographers snapping pics of the kids as they arrived.

Around 7:30, attendees and sponsors made their way to the auditorium for the main feature – High School Sports Awards and a Q & A with Jones. 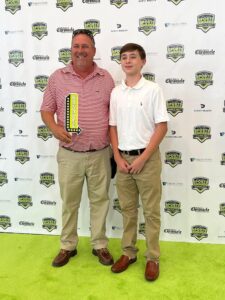 Awards were given for the following: 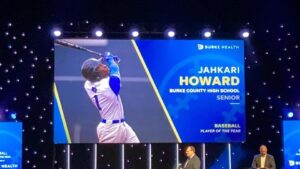 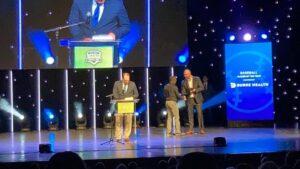 We would like to congratulate all the nominees. Several local Burke County Students were nominated with Mr. Jakhari Howard of Burke County High School receiving the award in the Baseball Category! We were so excited when we received our script the day of the event and saw we would get to award someone from our hometown! Congrats Jakhari! 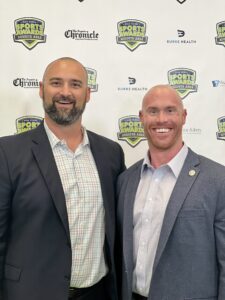 We are honored to be partner sponsors for this event and are so proud of the hard work of the nominees of this event. While every child did not walk away with an award, we hope each child there knows how special they are and how much of an honor it was to be one of the 250 nominated out of all the thousands of athletes in the CSRA.

We are strong believers that team sports are not only good for your physical well-being, but that they build lifelong work ethics, life skills, and friendships that will set these boys and girls up for success for the remainder of their lives. Keep up the hard work, self-discipline, and dedication in all that you do! You are all stars! We look forward to seeing how bright your futures shine!

Photos taken at this event by The Augusta Chronicle can be found here. 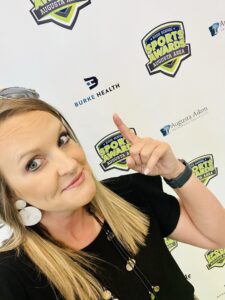 Lacey Zorn showing off Burke Health on the Red Carpet 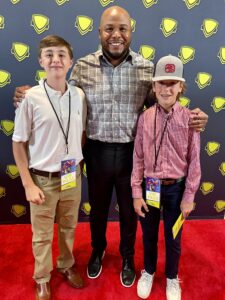 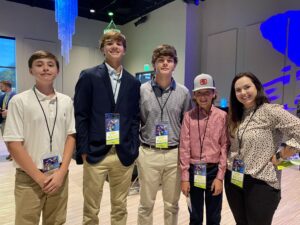 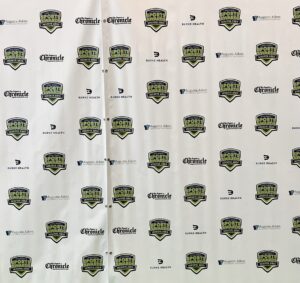 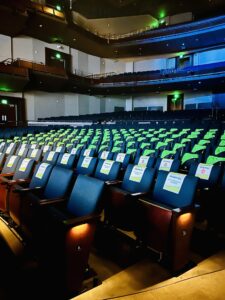 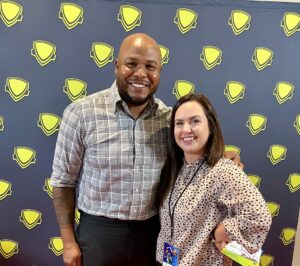 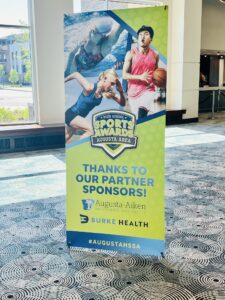